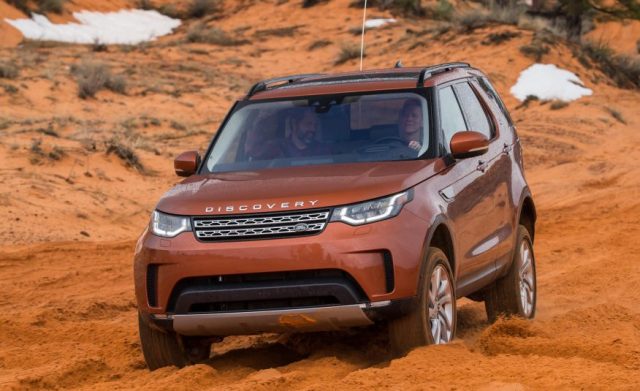 Strap in and take spin in this week’s 2017 Land Rover Discovery review.

Land Rover has done a complete redesign on the outside of their new Discovery family hauler.

The car’s exterior designer, Massimo Frascella told Car & Driver, “The old Discovery was an example of industrial design. The new one is a car design.”

This fifth iteration, that went on sale in June, doesn’t look as boxy, clunky or industrial as the previous two Discovery offerings, the L3 and L4. And this version has gone back to simply being called the “Discovery” not the “L5.” 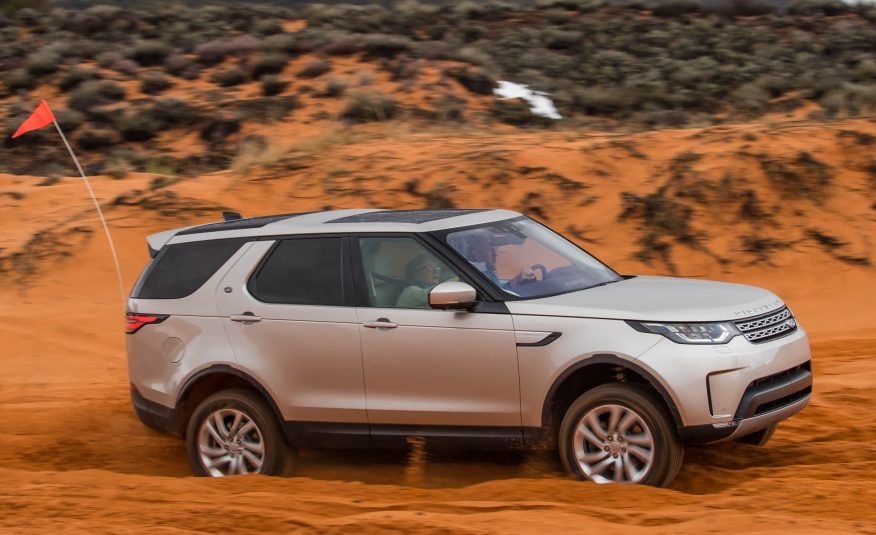 As Car & Driver said in their “First Drive” review, this next offering in the Land Rover evolution chain looks a lot more like a modern family vehicle than its predecessors.

With an eased back nose and increased cabin volume the looks of the new Discovery have definitely been softened and are a lot more appealing to the eyes.

Keeping with that theme, the rear corners of the Discovery have been remolded into wide-radius curves instead of artless rectangles. However, this new SUV has kept some of its earlier relatives’ visual quirks such as its stepped roof and off-center rear license plate positioning. 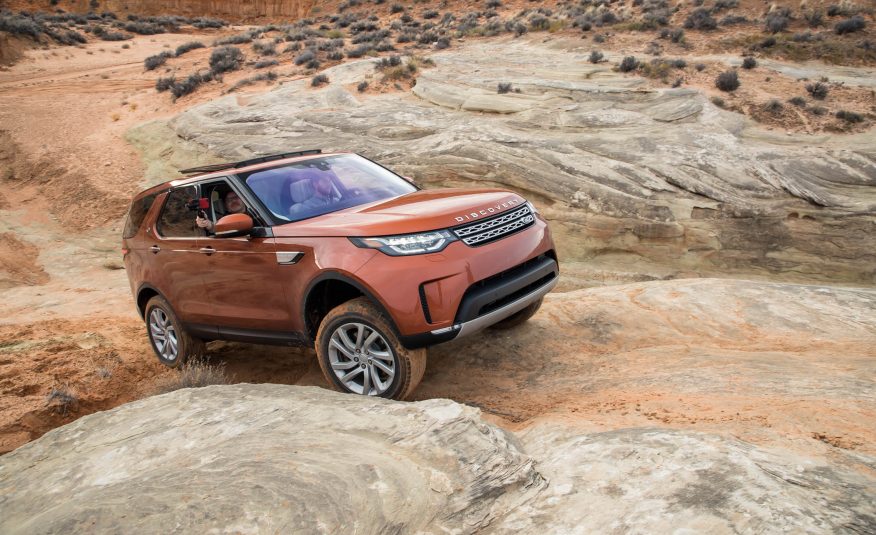 The 2017 Land Rover Discovery possesses a primarily alumunium-based frame, just like its bigger siblings the Range Rover and Range Rover Sport. This frame composition helps reduce the new Discovery’s weight by nearly 830 lbs according to the manufacturer.

Although now sporting a lighter chassis, the new Discovery still lags well behind competitors such as Audi, BMW and Volvo’s similar sized SUVs with a slightly unimpressive gas mileage rating of 16 mpg city and 21 highway.

One improvement, thanks to the lighter base, is that according to first-hand reports the Discovery handles better than the much larger and more expensive Range Rover. However, several reviews have also noted that the Discovery’s electronic lane-keeping assist system can feel a little shaky and unstable at times. 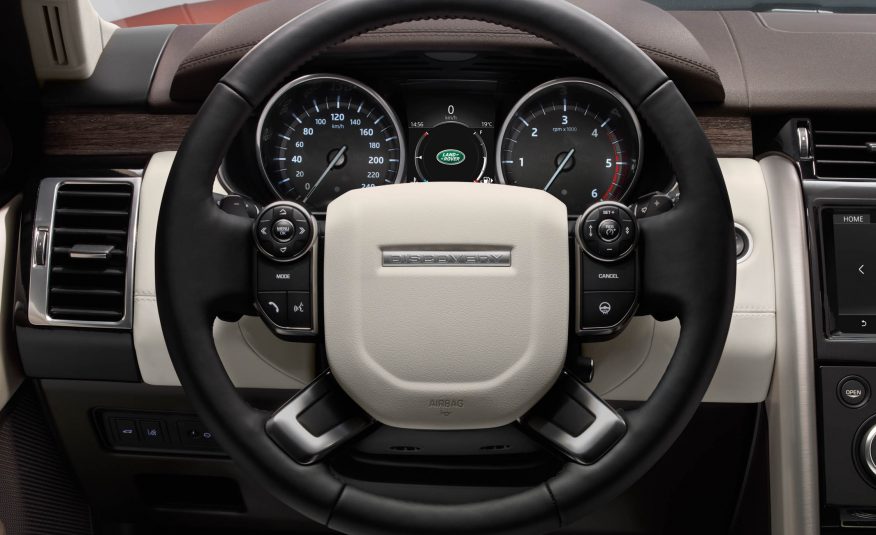 The Discovery’s interior has all of the family-friendly amenities you’d expect to find in a luxury 5-to-7 seat SUV. It boasts multiple, over-sized storage compartments and cubbies. And it also provides nine USB charging ports for all of your phone, tablet, media player, etc. power needs.

The Discovery offers three trim levels: the SE (less expensive), HSE (more expensive) and HSE Luxury (most expensive). Adding a third row of seats is tacks an additional $2,150 onto the sticker price.

The seven-seat, top-end HSE Luxury model also comes with an additional folding power seat system that can be activated from multiple locations in the vehicle as well as from an app on any iOS or Android device. 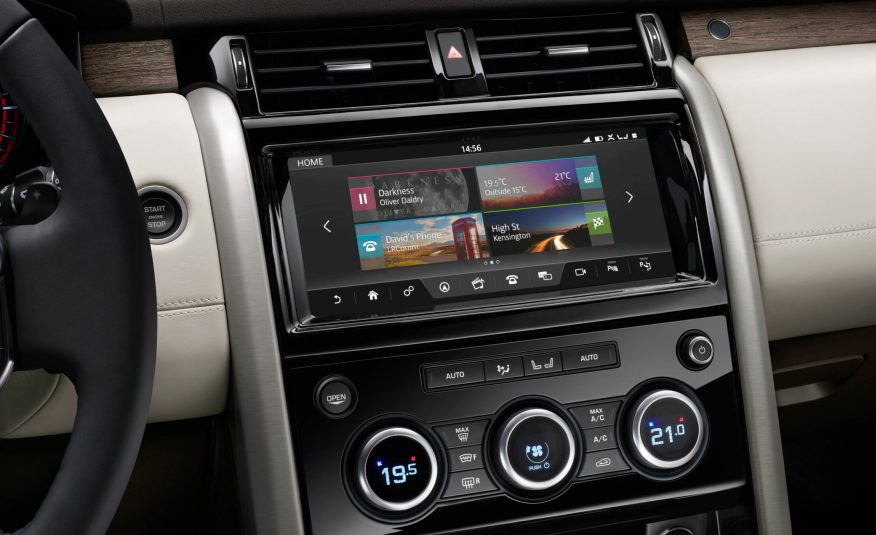 The HSE model has a power-folding tailgate and the additional off-road package adds an electrically locking differential gear and ATPC (All Terrain Progress Control) for additional handling capabilities.

The diesel models are little more sluggish off the line in regards to acceleration. However, their gas mileage is a little bit better with 21 mpg city and 26 mpg on the highway. 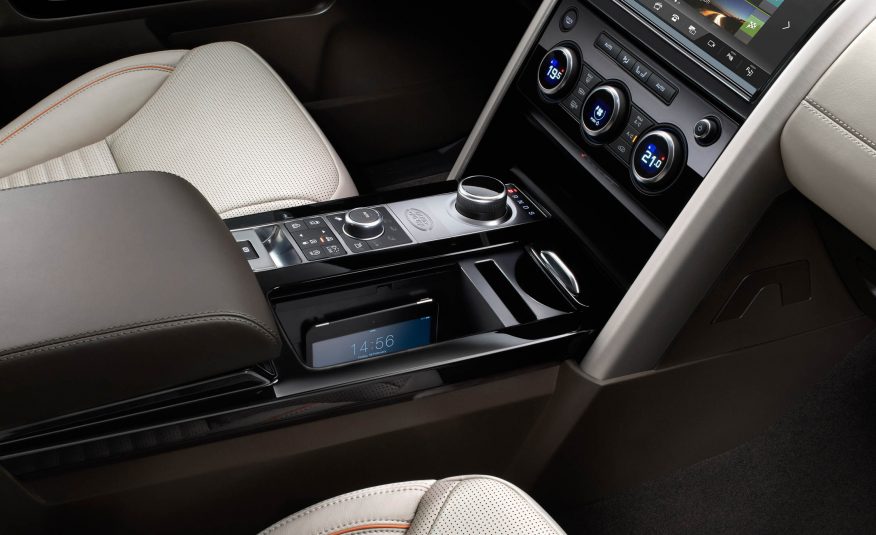 All in all, the 2017 Land Rover Discovery is a great improvement inside and out to previous models.

If you can afford to drive one, you could do much worse for a luxury SUV.

It might not end up being the year’s best luxury SUV, but it’s the best one we’ve seen so far.