This time, he was joined by Jimmy Fallon as his dearest child in-law Jared Kushner and the Angel of Death as Chief Strategist Stephen Bannon.

The drama divertingly taunts the President and his ship of boneheads on a wide spate of late issues, similar to Trump’s absence of achievements, Trump’s current incitement of North Korea, Jared “Kushball” Kushner’s generally panned outing to Iraq, and Mike Pence’s awkward moniker for his significant other.

“President Trump” then addresses the current infighting amongst Kushner and Bannon that has been tearing separated in a Celebrity-Apprentice style disposal round that perfectly spoofs the way that President Trump leads his business and picks his partners.

Alec Baldwin is back on Saturday Night Live as President Trump to observe Trump’s initial 100 days in office, and who better to check the event with him than SNL alum Jimmy Fallon as the universally adored unelected pioneer of the free world: the enchanting, demure Jared Kushner. 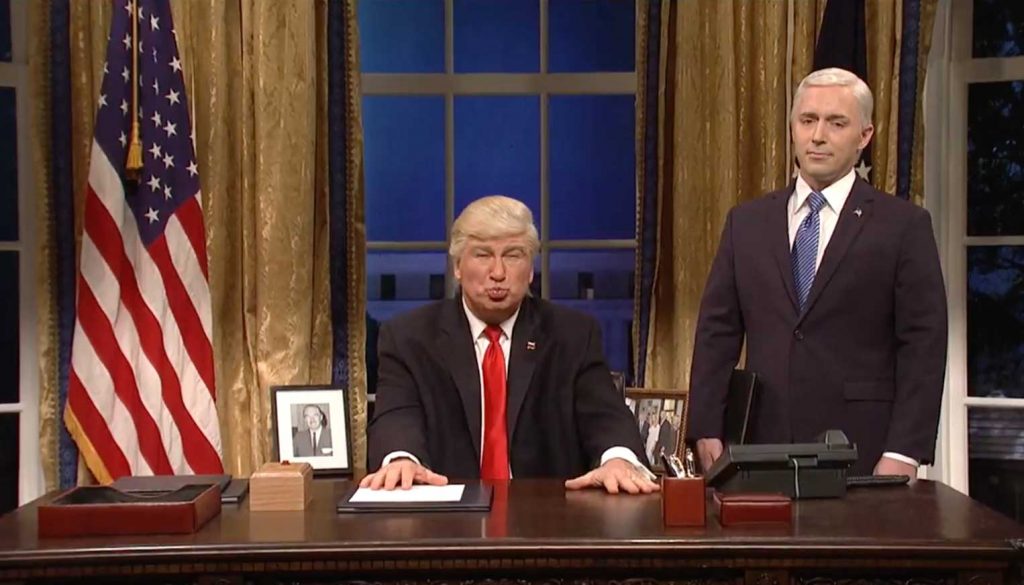 “You designated Neil Gorsuch,” Bennett stated, shutting the book on the initial 100 days.

“God I adore that rundown. What an excellent, extensive rundown,” Baldwin commented.

In any case, other stuff has happened as well, all arranged from the sacred, noteworthy Oval Office. Like meeting with the Chinese president. Requesting the Syrian airstrike. Indicating grouped data to the Japanese leader.

“That was at Mar-a-Lago, sir,” Bennett reminded Trump… about each of the three. 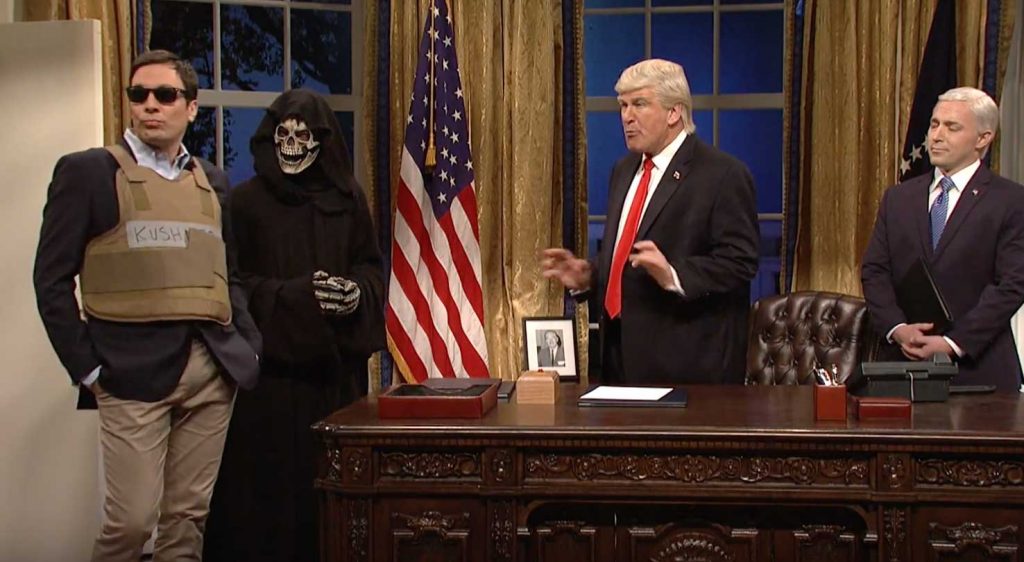 However, the most recent couple of weeks have truly warmed up, particularly inside the organization. Senior counselor Steve Bannon and Trump-in-law Kushner have, obviously, been at each other’s throats over who’s daddy’s top pick. Luckily, SNL has an approach to determine the strain — with an Apprentice meets America’s Next Top Model end, normally.

“Jared you’re such a motivation,” Baldwin says. “You’ve indicated everyone that in case you’re conceived rich and wed my little girl, you can do anything you need.”