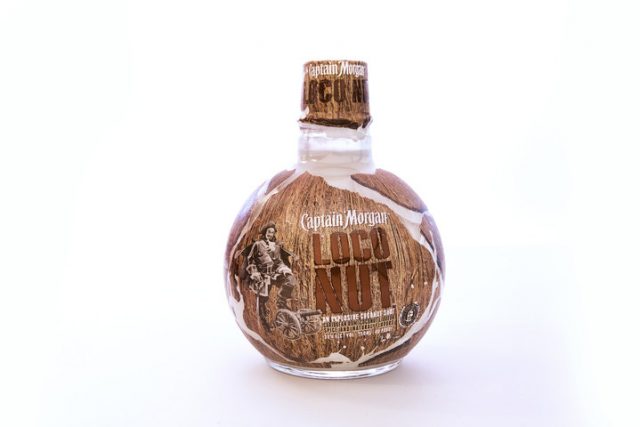 Every year more than 60 metric tons of coconuts are turned into delicious but mundane foods and beverages like water, oil, butter, cakes and salad dressings.

Yep, even salad dressings. Google it.

Now Captain Morgan wants in on all of this delicious coconut action.

And, since he’s a pirate, he’s adding the booze to the mix.

According the Captain’s PR department (and, yes, he’s probably the only pirate on the seven seas who has not only an entire PR but also social media contingent at his disposal) the new LocoNut is a “coconut-flavored shot that comes in a coconut shaped bottle.”

And, TBT, he’s got us right there.

Who doesn’t love to do shots?

Who doesn’t love to do shots when they taste like delicious tropical fruit?

And, who doesn’t love to do shots that come in the shape and color container of that fruit-disguised-as-booze that you’re drinking?

The answer: Nobody we want to hang out with at a pool party.

Captain Morgan LocoNut: A Smooth Nut To Suck Down

This new flavored rum tastes and smells, well, like a coconut.

The LocoNut also packs a punch with a 20 percent ABV rating making it 40 proof.

So, you’ll want to enjoy it responsibly.

And no drunk letting any of your friend’s cousin’s roommates give you a new tattoo.

(Unless it’s a sweet-ass pirate one and you just can’t resist.) 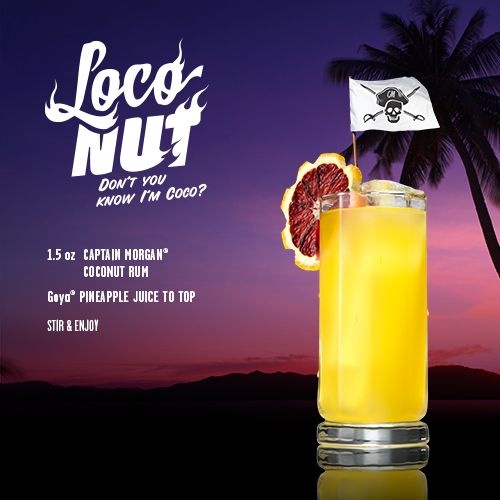 You’ll want to pick up at least one of these for you next barbecue or ultimate frisbee singles afternoon meet-up.

You’d be a fool not to grab at least few for nothing other than for the fact that their cool, 750ml coconut-shaped bottle make for terrific conversation pieces.

And these can be especially helpful if you’re shy, don’t have a lot to talk about with members of the opposite sex, or don’t own an adorable puppy that you bring with you everywhere.

The Captain Morgan LocoNut retails for $14.99.  And they are available at most major grocery, liquor and superstore chains.

Oh, and just when you thought these things couldn’t get any better, turns out they’re also gluten-free.

So, your annoying neighbor across the hall who’s always complaining about not being able to eat cupcakes can enjoy them, too.

Here’s a Loconut video review by the YouTubers and booze experts at Special K.