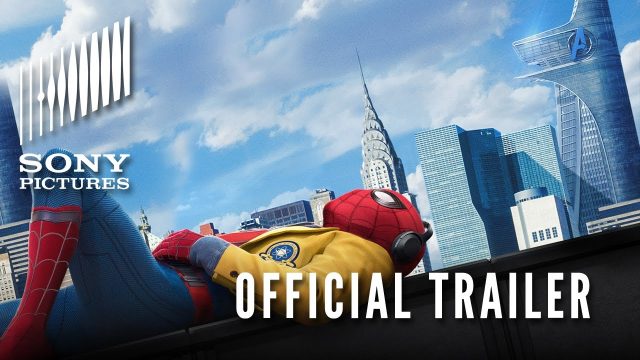 This franchise re-reboot kicks off with Spider-Man mentored and coached by Tony Stark (aka Iron Man) to become the teenaged super hero we’ve all come to know and love.

The action sequences are intense.

At one point a ferry is torn in half being held together only by Peter Parker, his webs and his oversized Underoos.

And a little help from Iron Man, as well.

Super baddie, Vulture (played by original Batman Michael Keaton), won’t let anyone get in his way. And if they do, he vows to kill them.

Conflict arises between Spidey and Iron Man when the wisecracking web slinger refuses to quit trying to put a stop to Vulture’ reign of terror. 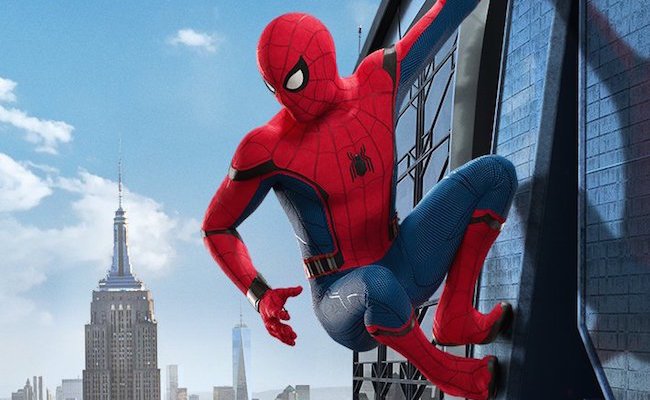 At one point Spider-Man has to go back to rocking a ridiculous patchwork homemade suit.

And he’s nearly crushed to death by a guy wearing a set of jet-powered 15-foot titanium wings while wearing it.

It’s just the right blend of humor and seriousness super hero situations that has become a trademark of the MCU.

We can’t wait to see it in the theater on July 7th. 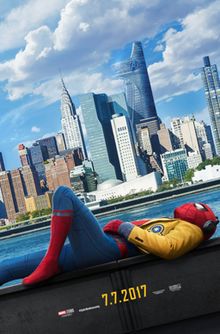